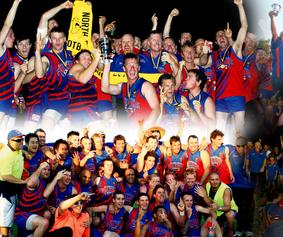 The Cardinals Football Club was formed in 1979 after the collapse of the Under 16 football in the area. Frank Butler was the main drive behind the formation of the club and as Frank was a fanatical West Perth supporter this was how we got the name the Cardinals and the red & blue colours. Frank was the inaugural president of the club.

The team in the first year was mainly school teachers, bank tellers and schoolkids. In the inaugural year of 1979 only one team played in the league competition and the season saw the Cardies without a win. After 6 years in the competition the Cardinals won their first premiership in 1986.

The Club's Fairest & Best Trophy for the League is called the Barry Waters Trophy. Barry was a parent whose son played in the inaugural year and he was a sponsor of the award and trophy. 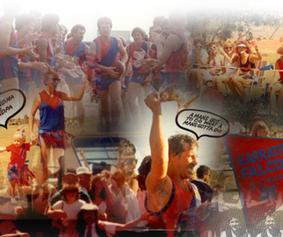 The Season starts late April and runs through to early September each year.  Clubs travel each week during the season to these towns to compete in the League and Reserve Games.

Karratha Falcons Football Club prides itself on delivering a brand of football that continues to deliver our commitment to promote the game of football in the local community and to develop and encourage participation in the game whilst providing a family friendly atmosphere.

Karratha Falcons Football Club, a proud football club established in 1979, values being an integral part of the Northwest Pilbara Football League (NPFL).  KFFC is not a club just for its players; we pride ourselves on delivering a brand of football that continues to deliver on footy being the spectator sport of the Pilbara.

KFFC’s objective is not only to promote the game of football in the community, but also your business as our valued sponsor.  Our hard brand of football and pride in the jumper drives us to work harder, stand taller, stand stronger for our players, our supporters and you as our sponsor.

With 17 premierships won under the RED & BLUE, the last being 2016, and a deep desire to STAND TALL & STAND STRONG we look forward to delivering success to our club and your business in 2019.